The business core of Tokyo consists of the three central special wards Chiyoda, Chūō and Minato. 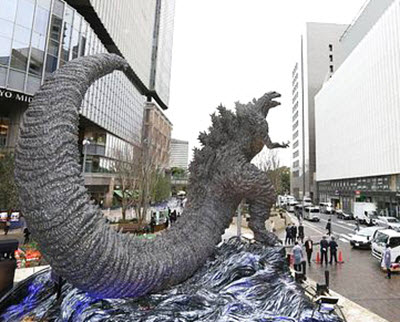 Chiyoda, located in the heart of the former Tokyo City, is where you’ll find the seat of both the National Government and the Japanese Emperor, making it the political centre of Japan. The National Diet, the Supreme Court, and the Prime Minister’s Official Residence are all located in Chiyoda, and so are numerous ministries and governmental agencies. Also, over a dozen countries have their embassies in Chiyoda.

Many of the very largest Japanese companies are headquartered in Chiyoda, and this part of Tokyo is also an otaku cultural centre as well as a notable shopping district for computer items.

Just like Chūō and Minato, Chiyoda has few residents. This is a part of Tokyo that people come to for work, shopping or entertainment and comparatively few residential buildings are located here. The residential areas in west and north-west Chiyoda are known for being extremely high-priced, while the residential neighbourhoods to the north and north-east are somewhat more affordable, at least by Chiyoda standards.

Akihabara is the common name for a shopping district located around the Akihabara Station in Chiyoda. After World War II, Akihabara emerged as the main place in Tokyo for buying household electronic goods, and there was also a big post-war black market located here. Today, Akihabara is a famous otaku cultural centre, with numerous stores offering video games, anime and manga, as well as other otaku related products.

Many of Japan’s most famous maid cafés are located in Akihabara, and the world’s first permanent maid café – the Cure Maid Café – was established here in 2001. In maid cafés, cosplaying waitresses are dressed in flamboyant maid costumes and treat the customers are masters and mistresses in a private home.

Tokyo Imperial Palace is situated in a large park-like environment in the very heart of Chiyoda. In addition to the main palace, there are many other buildings here, including museum buildings, archive facilities, administrative offices, and private residences for members of the imperial family. 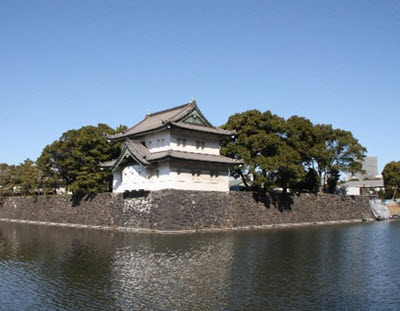 The East Imperial Garden, situated on the eastern portion of the Imperial Palace, has been open to the public since 1968.

Kitanomaru Park is located on the former northern section of the Imperial Palace’s forerunner, the Edo Castle. The Kitanomaru Park is where you’ll find the Tokyo National Museum of Modern Art, and the performance venue Nippon Budokan.

The Imperial Palace Outer Garden, in the front of Nijubashi Bridge, serves as a jogging trail.

Yasukuni Shrine (The Imperial Shrine of Yasukuni) is a Shinto shrine in Chiyoda, founded by Emperor Meiji in 1869. It commemorates those who died in wars involving Japan.

Tokyo Station in Chiyoda is the main intercity rail terminal in Tokyo, and the busiest station in Japan in number of trains per day. Each day, over a three thousand trains pass through there.

Tokyo station is a great hub for public transport in Tokyo, because in addition to the intercity trains, the station is also connected to the Tokyo Metro network and many regional commuter lines serviced by Japan Railways.

The old part of the station is located near the Imperial Palace, while the newer eastern extension is close to the Ginza commercial district.