Many tourists that visit Tokyo stay in hotels in Shinjuku, since this special ward has a wide range of accommodations available at various price levels, and is also well connected by railway and metro to other parts of Tokyo. There is also a multitude of things to experience within Sinjuku itself, and spending a whole vacation exploring Shinjuku without ever feeling the need to leave for other parts of Tokyo is certainly not difficult. 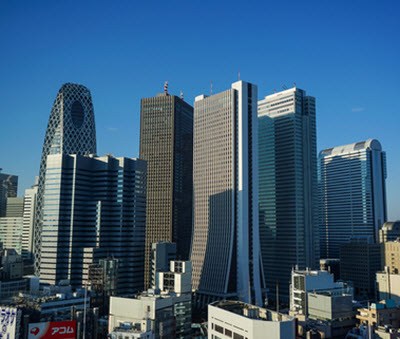 Shinjuku is a major commercial, administrative and cultural center, and the northen half of the world’s busines railways station (Shinjuku station) is located within this special ward.

It was after World War II that Shinjuku began to develop into a major secondary center of Tokyo, rivaling the original city center focused around the Imperial Palace. The Tokyo Metropolitan Government Building, where the whole metropolis is administered, is located in Shinjuku.

Shinjuku Station lays at the border of two special wards, with the northern part of the station located in Shinjuku and the southern half in Shibuya. This station is the busiest railways station not just in Japan but in the whole world, with an estimated 3.64 million passengers passing through on an average day. In addition to several JR lines, three governmentally owned underground lines and three privately owned commuter lines traffic this station.

East of the Shinjuku Station 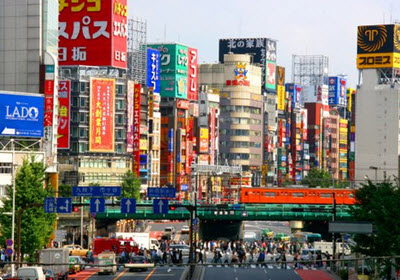 The area east of the Shinjuku Station, and surrounding the Shinjuku-sanchome Station, was historically known as Naito-Shinjuku. This is where The Tokyo Metropolitan Government Building is located.

A few examples of other points of interest:

Okubo is the area surrounding the stations Okubo, Shin-Okubo and Higashi-Shinjuku. Since the end of World War II, this has been Tokyo’s “Korea Town”.

This is a popular nightlife area for students and other young people, and quite a few of them live and study here too. Totsuka is located in northern Shinjuku, around Waseda University (Nish-Waseda) and the Takadanobaba Station.

Examples of museums in Shinjuku

Examples of music, theatre and similar venues in Shinjuku