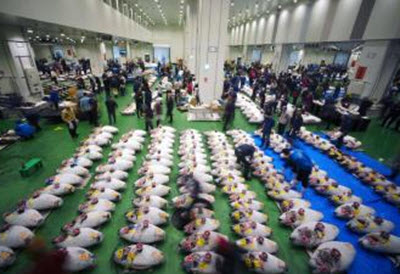 The new Tyosu Market is comprised of two buildings for fish and seafood and a third one for fruits and vegetables. Since Tsukiki was such a popular tourist attraction, care was taken to include a special viewing deck in the design of the new fish market, from which you can observe the activities from above.

Many restaurants are found within Toyosu Market, and fresh fish and seafood is of course a speciality for many of them.

Where is Toyosu Market?

Toyosu is a part of Kōtō, Tokyo established on reclaimed land in the 1930s.

The ancestor of today’s Toyosu Market is the famous Tsukiji Fish Market from 1923, housed in a building from 1935. Tsujiji is an area of central Tokyo, situated between the fashionable shopping district Ginza and the River Sumida.

The innermost parts of the Tsukiji Fish Market was only open to those with authorization, but the outer parts were accessible to the public and developed into a popular tourist destination for both domestic and foreign visitors. 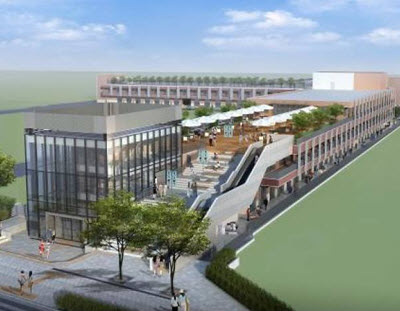 During the Edo period, shogun Tokugawa Ieyasu invited fishermen from Osaka to bring fish to the Edo Castle. Fish not purchased by the imperial court was offered for sale at spot near the Nihonbashi bridge.

On 1 September, 1923, the market by the Nihonbashi bridge was destroyed in the Grent Kanto Earthquake. Afterwards, a new fish market was established in the Tsukiji district.

In 1935, the construction of the modern market facility was completed in Tsukiji and this is where a huge and internationally famous market for fish and sea food developed. The construction was designed to be earthquake resilient, and the shape was quarter circular to allow easier access and handling for freight trains.